Before I start, just to let you know that the report below contains more of the social side of the AGM experienced with the main report being in the form of the AGM minutes that will be circulated soon.

After a 32-hour travelling spree Tania and I arrived at the Park Hotel in the quaint resort town of Pörtschach at around 6pm. As we entered we met up with the incoming President Ulrich Suppan and were welcomed in true Austrian family.  A shower and greetings later we were onour way to dinner with Lawrence Bamber, Andreas Haviaras and his wife at a lovely Italian restaurant. What a way to start the week.

The next two days saw Tania and I relaxing a bit, finishing off the last preparation for the AGM on the weekend and of course wining and dining with the 41’ers that were also still at the hotel. The hotel was located in such a great place and our room had simply the best views. There were not too many other 41’ers around yet as they were all on the pre-tour to Salzburg. On their return, we all dined at a Greek restaurant in Pörtschach and had an awesome evening.

On Thursday late afternoon I met with Ulrich to finalise the weekend planning and once all was set it was off the have fellowship with at the Golden Stomach meeting where I was the host supplying 2 bottles of South African distilled whisky. It was a very productive meeting and we need to remember that the Golden Stomachs was formed as a sort of advisory platform at which we could all bounce ideas off each other pertaining to possible issues and solutions to be found within 41 Club. It is a brotherhood of sharing ideas and is restricted to Past National Association IRO’s as members only. After that it was off to dinner in the hotel restaurant and then we had great fellowship at the bar until late in the evening.

On Friday morning I was up early and off to the board meeting where we discussed and went through the AGM exploded agenda to ensure that all was ready. Tania, Ulrich and I inspected the AGM venue and a few last touches were brought about by Tania, Monika and Yvette – thanks for the assistance ladies!

On completion of the board meeting we were treated to lunch on a boat sailing across the lake…what a great experience that was…fabulous food, great wine, beer and of course awesome fellowship.

No rest for the wicked, after returning mid-afternoon, we were off to refresh for the ‘Nations’ evening to be held at a winery about 25-minutes from the hotel for a traditional Carinthian dinner. Well I can tell you that this was a great party, absolutely enjoyed by all. The music, the wine, the beer, the food, the venue and of course the fellowship all ended off with a fireworks display was simply fantastic.

Saturday morning the AGM started at 08h35 and ran pretty much according to schedule. Some of the most important factors from the meeting:

CONGRATS TO ALL THE ELECTED AND GOOD LUCK

The lunch was held at ‘Burg Hochosterwitz’ which was quite a hike up the mountain to reach the venue. This was although a fantastic experience, possibly a little rushed due to time constraints. The Presidents Banner Exchange was held early during the evening after which we all went in for the President’s Banquet. The banquet with the traditional and cultural event was spectacular with the incoming President Ulrich showing off his key board skills later in the evening. There was a fabulous cake, and again great fellowship and friendship celebrated during the evening.

Now, where to start with the thank you’s? There are so many people to thank, so I will start again with the board members and managers. Thank you for your support during the year, thank you to all the countries for the hosting and all of your support. A special thank you to Markus and his team as well as Ulrich for a magnificent hospitality shown to us by the Austrians. My special friend Johnny Weber…nothing was too much for you and of course a thank you to Sylvia as well. Thank you to all the delegates, friends and family that supported me by attending the AGM weekend..this was really special for me.

Good luck to President Ulrich and the board for 2019 … you can be assured of my fullest support.

In closing thank you to South Africa for their support and lastly to my wife Tania for all her support through the year … it was great. 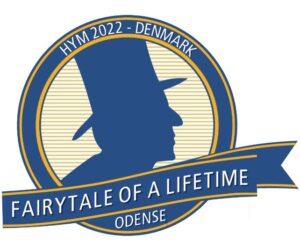